“At the crossroads of religions, the towns and villages in the heart of the Petite Camargue have witnessed a world-renowned Jewish seminary, a Christian sanctuary of pilgrimage and majestic Protestant temples”.

An immensely rich history, a heritage to discover

The wealth associated with viticulture and the very strong local secular and republican character has left us with beautiful architecture, some religious monuments are even filled with Republican inscriptions! Our region has been and still is crossed by various paths, both sacred and secular, such as the Chemin du Sel (Salt Road) which was the first industrial path supplying the economy. The most important is the Via Tolosana or Arles Route, one of the 4 pilgrimage routes leading to Santiago de Compostela. The sanctuary of Notre Dame de Vauvert was an ancient place of prayer for these pilgrims. 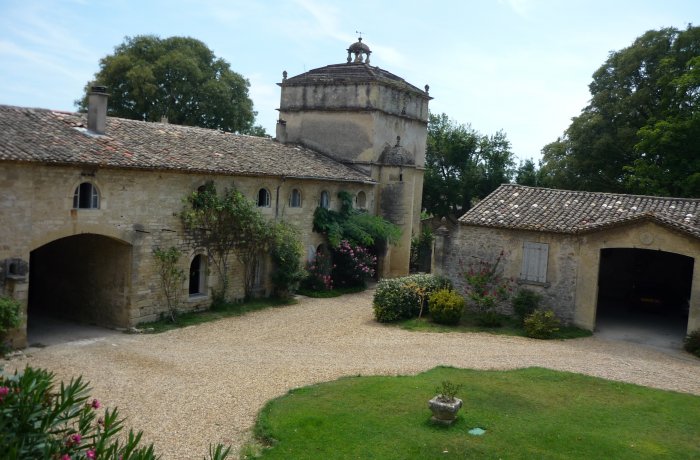 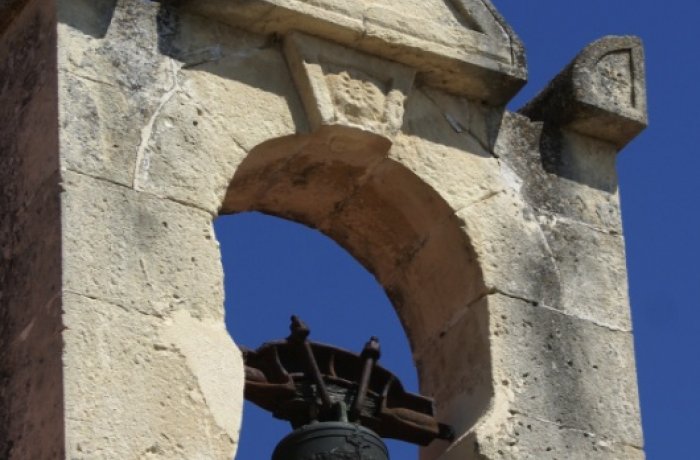 Archaeology establishes a very dense and structured human occupation since Roman times. In the 12th and 13th centuries, the surrounding population was concentrated around a castrum (a Roman fortified camp), to form what would become the village of Aimargues.

To see: Aimargues is home to a number of medieval façades and sculptures nestled in walls. Discover the restored wash houses, the ice-house and the magnificent Château de Teillan with its Roman remains in the park. The Château de Teillan and its park are listed on the Register of National Cultural Monuments. The Place de la Mairie (Town Hall Square) and Place de l’Eglise (Church Square) are located in the heart of the village.

The first references to Aubord date back to the year 879. Originally linked to Bernis, this agricultural community has experienced 30 fires since the end of the Middle Ages. Over the last 20 years, the population has increased tenfold. The comparison is significant between the few houses on Napoleon's Cadastre and a present-day map of the agglomeration, the old centre is now surrounded by new buildings. However, Aubord has kept its rural character and the town centre is airy and green. From the original, small nucleus that was built, there remains only the rue de l’Eglise area and some “mas” (large estates). At the end of the 19th century, new houses, including some very opulent homes, were built following the wealth brought by viticulture.

To see: The Temple, which houses the public clock and the local café.

Beauvoisin is first mentioned around the year 820 on a register of the Abbey of Psalmody, located near Aigues-Mortes. Installed on an ancient site, referenced since the early Middle Ages, the township was built on one of the Costière’s perched sites, allowing a surveillance of the region. Probably originating as a castle mound, it was transformed into fortified castle and fortress settlement. To see: The Temple is one of the most beautiful in the region, it is listed on the Register of Historical Monuments. Designed by Charles Durand in 1819, it is characteristic of ancient and renaissance influences. The castle dominates the plain and its arms hall has been totally restored. Don’t miss the hamlet of Franquevaux and its restored chapel.

Le Cailar is located at the meeting point of two rivers, the Vistre and the Rhôny, which once flowed into a lagoon that has now disappeared. . Recent archaeological excavations attest to its origins dating back beyond 600 BC. They allowed the discovery of a rampart from this era. A castle, which has since been destroyed, was later built on the highest area.

To see: The beautiful 11th century Romanesque church has resisted the degradation suffered during the wars of religion and changes over the years, and is worth a visit for its architecture, both inside and out. Its façade is listed on the Register of Historical Monuments. The Temple’s covered steeple is unique in the South. The arenas built in 1905, parts of which have been classified, testify to the vivacity of bullfighting traditions.

The historical existence of Posquières (Vauvert) dates back to a text from the year 810. The village consisted of two distinct areas: one occupied by Christians, the other by Jews. In the 12th century, the Jews of Posquières ran a rabbinical seminary whose influence extended throughout Europe. Another religious centre, separated from Posquières by some 800 metres, was the shrine of Notre Dame de Val-Vert. This sanctuary that became famous in particular from the 13th century (although it is reported in the text dating from 810) was honoured by visits from important figures: St. Louis, Charles IX, Francis I, Peter of Aragon and Pope Clement V.

To see: Vauvert has many testimonials from the past, such as the Clock Tower, the Porte Saint-Louis and the streets of the town centre. Its circular Temple designed by Charles Durand is listed on the Register of Historical Monuments. Vauvert has 3 hamlets, Gallician, Montcalm and Sylvéréal.